VietNamNet Bridge - Vietnamese experts have warned about the bursting of the ‘bitcoin bubble’, saying that  enterprises which import low-quality bitcoin mining machines from China will incur big losses. 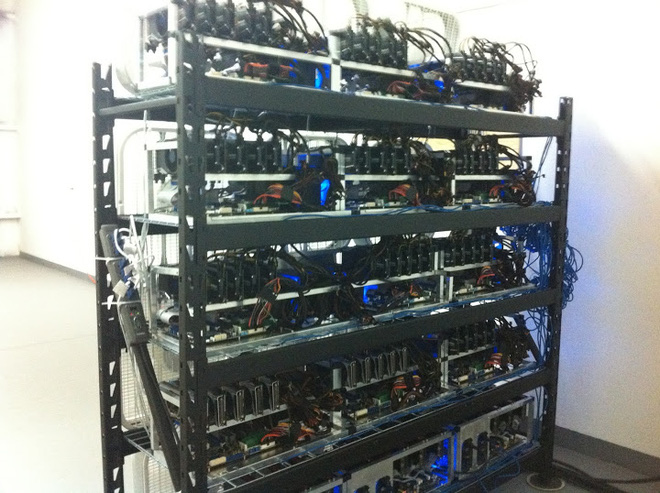 The imported machines are automatic data processing machines manufactured by Bitmain, a Chinese technology firm. The machine has Antminer L3+ installed from a graphics card for decoding SHA256 cryptographic hash algorithms. A computer to mine bitcoins is priced at VND60-70 million or higher.  Buyers also have to purchase software and hire workers to mine money. However, according to Hoang The Thoa from the State Bank, the data processing capacity of the machine is low, and it consumes a lot of energy. The average ‘life expectancy’ of the machine is just 2-3 months.  After that time, miners will have to replace all components or the machine will not be able to continue mining.

A miner who bought a bitcoin mining machine at VND90 million said it was getting more and more difficult to mine bitcoin, so has decided to shift to mining ETH, which has the second biggest market capitalization value next to bitcoin. The man said after 12 months, he can exploit 8.2 ETH. If noting that the ETH price is $290 as reported on September 10, he would earn VND54.1 million. He has to pay VND2 million for electricity bills a month, or VND24 million a year. This means that he can pocket VND30 million. However, the amount of money would be lower if he counts on expenses for amortization and machine upgrading. He would also have to pay additional money in case the computer breaks down. A source told VietNamNet that he believes bitcoin mining machine prices will drop dramatically as China has vowed to tighten control over bitcoins and other virtual currencies. “Some Vietnamese enterprises spent big money to import machines in large quantities. But the machines will be just scrap iron,” he said. Vietnamese are rushing to mine bitcoins as they hope they can earn big money from bitcoin revaluation. The price of the virtual currency soared from $13 in 2013 to $4,000 and it was hoped to increase to $10,000. However, after a Chinese ban on ICO, the bitcoin price dropped dramatically from $4,600 to $4,100. Cao Sy Kiem, SBV (State Bank of Vietnam) former governor, said that bitcoins are overvalued. The bitcoin price may soar by tens of percent but it also may plunge at any time as many countries don’t recognize the currency. Therefore, high risks for investors are anticipated. Some businessmen have called on state management agencies to declare a ban on bitcoin machine imports as bitcoins are illegal in Vietnam.