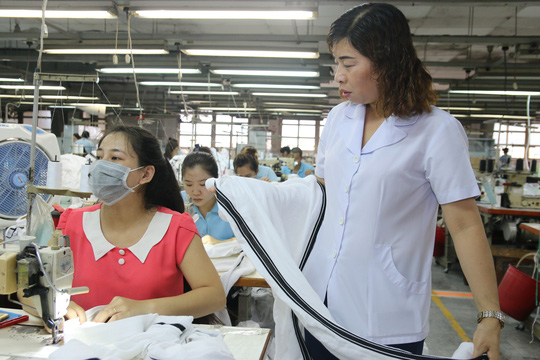 In 2009, the PIT Law took effect, which set seven taxation thresholds of 5 percent, 10, 15, 20, 25, 30 and 35 percent. People with the same annual income may pay different tax rates, depending on the family circumstances deduction. MOF last year proposed to cut the number of taxation levels from 7 to 5, while setting large gaps between low levels. However, according to GDT (General Department of Taxation), with the suggested taxation method, the total revenue of the state budget based on 2015’s receipt would fall by VND3.1 trillion. If counting the factors of economic growth, the revenue by 2020 would decrease by VND5.968 trillion.

Meanwhile, the World Bank pointed out that though the state budget revenue falls, this won’t benefit the poor, and the taxation method would bring bigger benefits to medium- and high-income earners. The anticipated loss of revenue is a big concern for MOF. Therefore, the ministry put forward a completely new taxation method with five taxation levels and changes in the tax rates. Those who have monthly income of up to VND10 million will have a 5 percent tax rate, the same with the tax rate set up in August 2017’s plan.  However, those who have income of over VND10-30 million will be taxed 15 percent instead of 10 percent, and those with the income of over VND30-50 million will be taxed 25 percent instead of 20 percent.  However, with the taxation method, the state budget would still lose VND1.3 trillion in PIT collection.  Meanwhile, it will only benefit high income earners, while low income earners won’t have benefits. Therefore, MOF has once again drafted another taxation plan. The major difference between the plan and the other plans drafted before is that it will increase the revenue of the state budget by VND500 billion. MOF said with the solution, individuals with income at level 1 and level 2 won’t be affected, while those with income at level 3 and higher will have to pay higher tax. The individuals with taxable income of VND15 million a month will have to pay VND250,000 more, while the others will have to pay VND400,000-650,000 more a month. The revenue from PIT collection has exceeded revenue from crude oil and the figure has been increasing steadily in recent years from VND47 trillion in 2014 to VND80 trillion in 2017.

Experts call on raising the threshold for PIT taxation

PIT system to become the IT thing