Taxi giant Mai Linh lost 6,000 drivers in the first half of this year, equivalent to 20 percent of its employees, according to a company report. 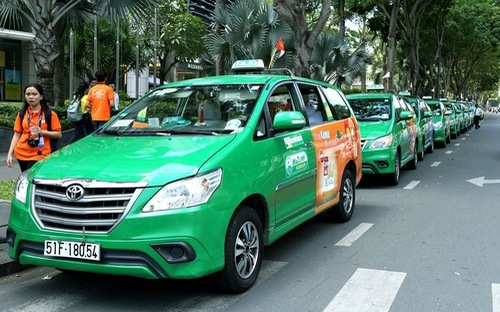 But tax authorities say the two ride-hailing firms are playing fair and are not offered preferential tax policies.

Taxi giant Mai Linh lost 6,000 drivers in the first half of this year, equivalent to 20 percent of its employees, according to a company report.

Its business results did not read much better during the same period, with revenue falling more than 5 percent on-year to VND1.72 trillion ($75.8 million).

In all, Mai Linh suffered a loss of VND47.5 billion from its taxi business, twice as much as last year, the company said.

In a letter sent to the company’s shareholders early this year, chairman Ho Huy pointed the finger at Uber and Grab.

Huy said the rapid growth of the two ride-hailing firms in the country’s biggest cities, Hanoi and Saigon, has made the competition fiercer than ever, especially when they are being offered preferential treatment.

"Official data shows 21,000 cars have been registered to work for Uber and Grab in Ho Chi Minh City, and if unregistered cars are added, that number would be 25,000," he said. "This has done nothing for the city but to exacerbate traffic jams and cause losses to the state budget.”

Fellow taxi kingpin Vinasun had a similar tale to tell, saying its workforce has fallen by nearly half to less than 9,200 due to “harsh” competition from Grab and Uber.

Revenue in the second quarter slid to VND810 billion ($35.6 million), the company’s lowest since 2014, pulling its first-half income down more than 15 percent on-year, according to Vinasun.

In response to these claims of a preferential tax policy for Uber and Grab, the Department of Tax Policy under the Ministry of Finance recently came out and dismissed them all.

Even before this explanation from the tax department, Mai Linh and Vinasun had received little support from the public, with many passengers saying they were already unhappy with poor and unreliable services.

In its latest attempt to battle against Uber and Grab, Vinasun has rolled out a hailing service via Facebook Messenger. As the game starts to turn, HCMC’s transport department has instructed Uber and Grab to delay any plans of expanding their fleets in the city, saying it needs to better manage the existing number of cabs to prevent further gridlock.

As of late 2015, the city had only 200-300 cars under nine seats being used by transport firms that agreed contracts with their customers, but thanks to Grab and Uber, that figure has climbed to more than 23,000 today, official figures show.

However, now that there are no more vacancies at Grab and Uber in the country’s biggest city, a more salient question is what will become of the 14,000 drivers who have quit their jobs at Mai Linh and Vinasun.